Link to this page

The Last Supper, 1648
Order a Hand-Painted Reproduction of this Painting

Born in Brussels of a poor family, Champaigne was a pupil of the landscape painter Jacques Fouquières. In 1621 he moved to Paris, where he worked with Nicolas Poussin on the decoration of the Palais du Luxembourg under the direction of Nicolas Duchesne, whose daughter he married. After the death of his protector Duchesne, Champaigne worked for the Queen Mother, Marie de Medicis, and for Richelieu, for whom he decorated the cardinal's palace, the Dome of the Sorbonne church and other buildings. He was a founding member of the Acadèmie Royale de Peinture in 1648.

Later in his life (1640), he came under the influence of Jansenism. After his paralysed daughter was allegedly miraculously cured at the nunnery of Port-Royal, he painted the celebrated but untypical picture Ex-Voto de 1662, now in the Louvre, which represents the artist's daughter with Mother-Superior Cathèrine-Agnès Arnauld. Champaigne produced a very large number of paintings, mainly religious works and portraits. Influenced by Rubens at the beginning of his career, his style later became more austere. He died in Paris. (From Wikipedia) 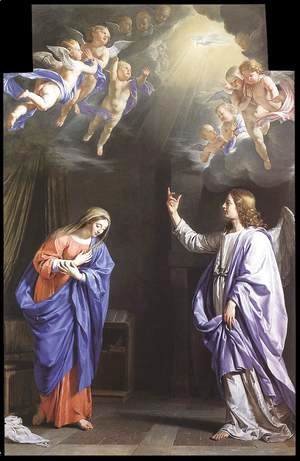 Christ in the House of Simon the Pharisee, c.1656

The Adoration of the Shepherds, c.1648 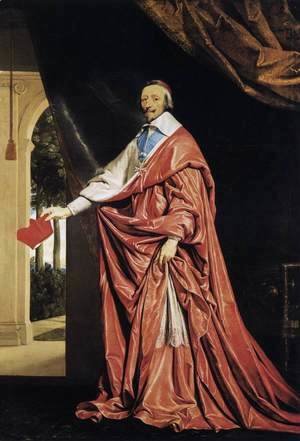 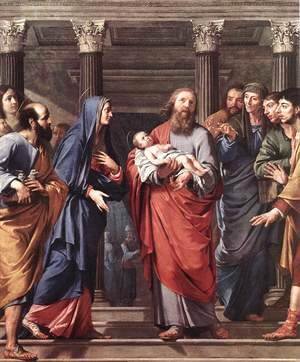 The Presentation of the Temple 1648

Triple Portrait of the Head of Richelieu, 1642 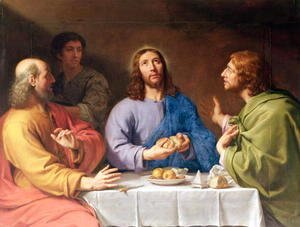 The Supper at Emmaus 2

Report an error on this page